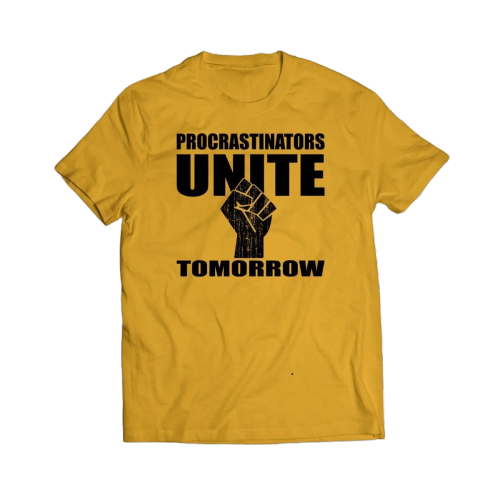 Walking home this morning (now known as "a week ago, 10/12/22"), after dropping off my kids at school, I felt my phone vibrate: It was an alert announcing the list 2022 MacArthur Fellows, colloquially and informally known as "genius grant" recipients. That notification provided the catalyst for me to finish this post. [Ed note: Which …. didn't exactly happen, eh? OK … enough with the interruptions.]

So at this point, "catalyst" might overstate things. More importantly, I don't mean to imply that any of what follows breaks new ground, nor do I foresee myself receiving a surprise call with news of my own MacArthur Fellowship. Rather, it made me think of a (not-so-clever) joke I had included in the first draft of my birthday post, before I removed it in order to include it within its first spin-off essay. But it didn't survive that either.

Even now, as I begin a third post containing content that I initially wrote for the first, who knows where I'll end up?

Right. It should be me, and yet, I often find myself to be my own unreliable narrator.

Last week, I had committed not just to myself but also to two different "accountability groups" that I would post something! Post something again, that is. At least once, so as to have three entries in a row over three weeks. Baby steps, right? "Don't try to post every day," at least not until I can post every week, right? Completing those small steps (maybe call them S.M.A.R.T. goals) rather than over-planning ALL THE THINGS (which tends to end in disappointment) could transform my momentum from its relative state of inertia to one of progress.

But …. oh no. Best laid plans and all that … again … meaning that maybe I need to accept that such repetitive reality fulfills the the fabled definition of "insanity"! Though I nearly crossed the finish line last Thursday, I ran out of time, had to go pick-up my kids from school, and for any number of reasons excuses, didn't return to this post until today (which, yes, is actually "today", Tuesday 10/18, so help me!).

The fact that none of the above directly qualifies as a lede—nor arguably a nut graf—encapsulates what ultimately became the point of this post, simultaneously pushing its original topic—also originally part of that now nearly three-week-old "birthday post"—to "next time."

Sitting at my keyboard last Thursday, browsing the latest group of 25 "geniuses," I began what is no longer this post discussing the creative project I mentioned in my previous entry that involved searching through issues of the UCLA Daily Bruin from the early 1990s. Originally, I explained that "Why?" with this answer: "My perfect predilection for procrastination," which unsurprisingly resulted in the appearance of my not-so-superpower, who proceeded to ignore all attempts to stick the original point!

My alliteration offers just enough of a wink towards self-deprecating humor that acts as my porous shield from shame; too often, many of us prefer to make a joke at our own expense before someone else can do so for us. I certainly have perfected this practice over the last several decades: planning so much, doing far less, proclaiming, "I'll do that next," or, "Maybe tomorrow."

If only MacArthur awarded a Genius Grant for procrastination I'm confident the MacArthur Foundation would have offered me a one-time exception to become the sole two-time Fellow.

There it is! See? Not so funny. But damn, I was determined to squeeze it in! And when I become determined to do something, I have a really hard time letting it go … even if I never get to it.

I should restate that: Especially if I never get to it.

Self-deprecation—or maybe a better word is denigration?—is so powerful, especially when it delays making the "joke" irrelevant. For a long time, I reveled in other humor celebrating such inactivity. For instance, my ability to recite a quote from a movie may not seem surprising. So what's the big deal if I revel in what has been an all-time fave ever since I first saw Tremors upon its 1990 release: "We plan ahead, that way, we don't do anything right now."

Except, I actually have a very poor memory when it comes to lines from movies, even ones I love. Some people will look will stare at me with shock when I don't realize that the line they just referenced is from Ghostbusters or GoodFellas or The Breakfast Club or Ferris Bueller's Day Off or … well, you get the idea. I won't remember some not obscure but less-than the best known line from an all-time favorite like The Apartment, but you give me something that resonates so deeply from a 30-year-old super-fun B-movie I haven't watched in at least two decades, and you bet that sticks! Probably, in fact, because I never realized how much it connected with me until far more recently.

(FWIW: This line of thinking will eventually sync up nicely with the post I began writing and now intend to finish … soon?)

It was just over a year ago that I gave a spot in this home of infrequent, semi-deliberate thoughts to all the "unfinished" ones. Oh yeah, I still hold on to many of them, even as I recognize that it makes more sense to leave them behind. But what of the Goldilocks idea? The single weak spot in the Great Wall of Aaron that holds back my ability to keep flowing; keep growing; keep accelerating. Periodically, I think I have my fingers on it. I think I found the Jenga piece that will topple the structure and help me lose the game I've played against myself for so long.

About five years ago, I took one such symbolic action: Beginning by destroying; cleansing through fire; you know: The usual exorcism rituals. That t-shirt at the top, that also provides the headline for this post? I had one of those. I loved it. I wore it. Sometimes, even in public.

Naturally, I had to destroy it!

Set it on fire. Send it to the ash-heap of my history. Prove to myself that I no longer thought calling attention to a frequent personal dilemma in this way was funny, particularly when my own actions had so regularly proven otherwise.

So, a few weeks later (natch!), I finally did it. I went out on our terrace so as to avoid potentially burning down our apartment. And that may have been a good idea if the surrounding buildings didn't make our small outdoor space a near-perfect venue for testing aircraft wind-resistance. No matter: I was just burning a t-shirt. What could go wrong?

Thankfully, nothing did, but that turned out to be more luck than it should have been as some of the cotton embers flew away … contributing to some particularly bad camera work!

Don't worry: I make no grand proclamations now that my tenure as a Procrastination Genius (unofficial or not) have concluded. But maybe—just maybe—finishing this post and sending it into the universe will give me just enough of a nudge to put-off putting more things off, if only for a little while!