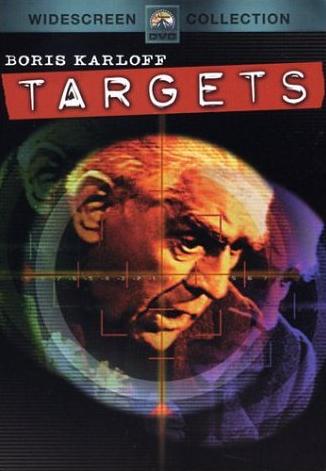 My transformation from casual movie enthusiast to full-blown cinema addict occurred during the summer of 1989, between my 1st and 2nd years of college. Clichés exist because of their inherent truths, so it should come as no surprise that my entry into this obsessive world occurred while working at a Blockbuster Video in San Francisco.

I was still primarily a theater snob at the time, but that changed that summer. The store had this huge catalog listing all the movies "in print" on video, and one section was organized by director. When I wasn't at work, I was watching movies, taking full advantage of the six VHS tapes I could have out for free at any one time. I worked my way down the lists and discovered Wilder and Sturges, Ford and Kazan, Lumet and Scorsese and so many more.

Before my Blockbuster tenure, my foreign-cinema exposure was mostly limited to lyrics from the song "Manchester, England" in the musical Hair: "Finds that it's groovy/to hide in a movie/Pretends he's Fellini/And Antonioni/And also his countryman Roman Polanski/All rolled into one." I knew those names, but I hadn't yet seen any of their films.

I enjoyed watching a filmmaker's work in chronological order, so I watched Boxcar Bertha and A Tree Grows in Brooklyn before I ever got to Taxi Driver or On the Waterfront. And so about midway through that summer, I decided to embark on Peter Bogdnovich, and rather than start with The Last Picture Show, I took home Targets.

I don't remember much from that viewing nearly 25 years ago, and until The Dissolve picked Bogdanovich's debut feature as last week's "Movie of the Week," I'm not sure I had ever considered watching it again. Once I did, I was first struck by how well I actually remembered it; how so many scenes vividly stuck with me all these years later. I could not reconcile that whatever impact it had on me nearly 25 years before was an unconscious one, and now I felt floored by this young filmmaker's astounding love-letter to cinema and Hollywood; one of the best I've ever seen.

My appreciation for Targets is grounded in a reality that didn't exist when I was barely 18 years old -- for me or for the world. The contextual lens through which I now saw it made all the difference. Now I know much more about Boganovich and his career. Now I know much more about the history of American cinema and the important role of low-budget horror films to its development. Now, I see how a film that was shot as the Vietnam War was dominating the nation's consciousness and was released within four months of the assassinations of Martin Luther King Jr. and Bobby Kennedy is such a representative document of its time. Enhance this context even further simply by paying attention to 2013 when the physical medium of film nears extinction, drive-in theaters are (mostly) long-gone and gun culture and terrorism are at the forefront of the national conversation, Targets becomes even more astounding in ways that couldn't have been anticipated when it was made, let alone in 1989.

I would be more than remiss was I not to mention how huge a day today is for two friends of mine: Andrew "Filmbrain" Grant and Aaron "Cinephiliac, or rather, I'm-too-busy-getting-paid-to-write-to-update-my-site" Hillis. About a month ago, the two of them announced something I had heard rumblings about for over a year from Andrew: the formation of Benten Films, their very own DVD distribution label. And today marks the arrival of their first release: Joe Swanberg's LOL.

I haven't actually seen the final DVD product yet, but simply knowing Andrew and Hillis (I have trouble calling other Aarons by my first name, obviously!) and their goals for this venture, I have no doubt that this and the rest of the Benten releases are going to be everything one could want from a DVD and certainly far more than major or discount labels would give the kinds of films you'll most likely find coming from Benten -- a truly curated collection of American indies and interesting foreign titles that you might not hear about otherwise because someone who pays more attention to business rather than aesthetic doesn't consider it marketable.

Well, help Andrew and Hillis prove them wrong. All the talk right now is about the "mumblecore" movement. Whether or not its an actual "movement" and whether or not it's a "good" one is debatable with lots of people on both sides of the fence. In New York, "Generation D.I.Y.: The New Talkies" is happening right now at the IFC Center so you can decide for yourself. In fact, Swanberg's latest film, Hannah Takes the Stairs is running there right now along with a slew of other "mumblecore" films. Starting tomorrow is Aaron (another one? Dammit!) Katz's Quiet City, which, as it turns out, will be one of Benten's next releases in early 2008.

So help Andrew and Hillis make their first release a success. Try the disc out over at Netflix. Or better yet, if you've seen and like the movie (or hell, even if you haven't and just want to support to grass-roots cinephiles who want to bring something new to the marketplace), buy it! Hell, at $25.19, it's got free shipping without having to purchase another thing.