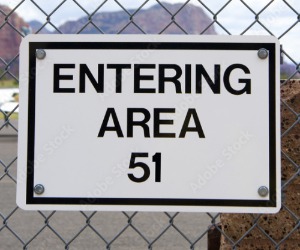 "i feel nostalgia for things i'd never known."

It couldn't have been more than a few years ago, during the early-to-mid-Aughts-heyday of the independent blogger, I brought this little site to life. I did so out of boredom during my time occupying an undeniably cushy but wholly uninteresting job.

I have the urge to call it my "day job," but that would imply I had some other major activity occupying my time. I suppose I did once I began posting because I spent an inordinant amount of time dashing off opinionated missives while also reading and watching movies, TV, books, magazines, and, of course, other sites that could feed my snark, critiques, occasionally thoughtful commentary, but frequently other random nonsense.

However, before I faced the vital (2004) conundrum of Typepad vs. Blogger, I spent the majority of most work-days reading other blogs. For quite a while, I wondered if I should start my own, but on something just sub- of a conscious level, I was terrified that that a) My site wouldn't be as good as theirs and b) nobody would actually visit and read.

At that time, my lengthy blogroll included I Keep a Diary,, Brian Battjer's personal site in which he used photos to guide the stories he shared from his life. Of course, in 2004, the world couldn't imagine Instagram or even an iPhone. As of today, though he has updated his site on a schedule not so different as I have mine, his landing page—featuring the above epigram—remains unchanged from what seems like just yesterday, the day that I wrote "Pilot Post: Day Zero" seemingly just yesterday.

OK, sure. Somewhere in America, the anxious teens waiting to learn whether their complete stops, left turns, and lane changes scored high enough to secure that magic card of freedom bestowed by DMVs everywhere had likely just been conceived when that first post went live, but when "just yesterday" actually means the day I have to start answering "51" instead of "50," 16 years can also feel like "just yesterday."

Cliches exist because they're true, and so while time may not literally fly, the older I get, the faster it moves. Sometimes time moves so fast, and I seem to proportionally produce slower. Take this "Birthday post," for example, which I absolutely intended to publish on my birthday, i.e., yesterday.

And yet, here I am on Sept. 22, still writing, editing, finishing … thinking up "clever" ways to address my tardiness.

That epigram from Brian's landing page grabbed me when I first read it 17+ years ago, and frankly, it's never left. I think about it frequently, even if the triggers that bring it to mine have changed over the years. Now, though my own nostalgia may be rooted in events and actions I have known, too often, those moments have become so distant that they seem like someone else's life; or, even with specific clear memories, I feel like I missed out.

Before I began typing the majority of these words yesterday, I started reading Joyce Carol Oates's novel Blonde, and I ran across this line just a few pages in:

For what is time but others’ expectations of us? That game we can refuse to play.

After reassembling some of the pieces of my brain, I thought, "What marvelous synchronicity?"

Oh, you 365 days of yore, wherefore hath thou gone?