Happy New Year: Once Upon a Time ... Rebooting a Decade With Year 1 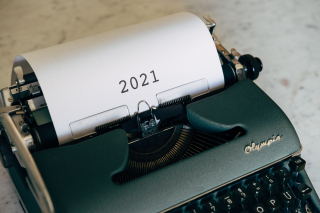 Photo by: Markus Winkler on Unsplash

I realize saying “good riddance” to 2020 became cliche around midsummer of that turd of year, but right now, as I sit aiming to accomplish my first SMART goal 2021, I can’t help but hope a decade from now I can see last year as the nadir from which my fifth decade will launch with a more positive trajectory.

Sure, all those Best of Te(e)ns conversations ended a year ago, as did the argument: Is 2020 the final year of the previous decade or the first of the next? It’s that damn digit in the tens column creating such confusion and chaos ... but I digress.

The majority of 2021 will mark my 50th year of mostly successful breathing, and when next September rolls around, so will the beginning of my aforementioned fifth decade. As I reflect on the past year—and the past seven, 10, 20, 25 years and more—I see so many stories, all of them starring me. And yet, I feel as if I’m watching other people’s lives.

Multiple lives? Multiple lifetimes? I’m not sure if I have landed on the distinction, but certainly, in my 20s, I never considered that any part of my experience no longer felt like mine. Yet, as I feel as if I’m accelerating towards that half-century milestone, I find it increasingly difficult to connect to my lifetimes to date; the ones I’ve lived since my birth.

Suddenly, I have the urge to rewatch Todd Haynes’s I’m Not There, a film I have not seen since its initial release, but one which I believe would resonate with me far more now. I imagine the current lens through which I experience the world would receive Haynes’s multiple actors/characters representing a single figure quite differently than I did over a decade ago.

Last year, I intended to prioritize doing so, and yet, my first post in this space—the easiest place for me to write both for myself and the greater Interverse—came four weeks into the year. During the course of the year, I started, stopped, resumed, abandoned, and thought about at least a dozen other posts, but the only other one that made it this space for public consumption only arrived in October. IT might have arrived sooner had the life-as-we-knew-it not become a historical era now known as The Before Times, but then again, it’s not like I suddenly became prolific earlier in the year. 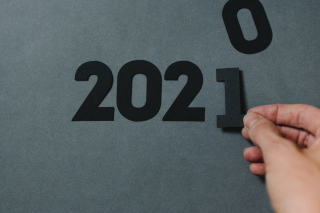 Photo by: Kelly Sikkema on Unsplash

Once upon a time, I awoke in San Francisco. I remember little, if anything, not implanted via visual or audio artifacts.

Once upon a time, I remember being a not-quite five-year-old who suddenly had two homes rather than one. It wasn’t my fault, of course. My mom explained it to me. My dad explained it to me. I took it well. Boy do I wish I could remember what little me must be covering up.

Once upon a time, I skipped a grade and seven years later felt so young and small during my Freshman year of high school.

Once upon a time, I moved into the dorms at UCLA one week after turning 17 and at least two or three years before I probably was ready to do so.

Once upon a time, 26 years ago today and after a few years of a two-pack-a-day habit in my early 20s, I quit smoking.

Once upon a time, I lived on my own in Los Angeles, working in the film industry, climbing that ladder, but clutching a safety harness that most likely kept getting in my way.

Once upon a time, I accomplished my goal and moved to New York without abandoning my career ambitions or trajectory.

Once upon a time, I made some immature choices, developed my unique form of overly busy and extremely lazy (now well-understood as my too-long undiagnosed ADD), and eventually thought that maybe I had once again determined how to get where I wanted to go.

Once upon a time, 10 years after some fortuitous timing propelled my move to New York, a perfect (metaphorical) storm left me out-of-work, alone and heartbroken due to the unexpected end of my four-year-relationship, and forced to leave not just my rent-stabilized-but-now-unaffordable Upper West Side apartment, but also the entire island of Manhattan; not just moving to Brooklyn, but into a five bedroom share with four other (previously unknown to me) guys in their mid-30s.

Once upon a time, I thought I had hopped back on track, but had I been smarter, I would have known that I had simply hopped onto the wrong train.

Once upon a time, at the beginning of 2010, I made one of my best decisions and went on a JDate with my now-wife because my new decade resolution preceded Shonda Rhimes’s best-selling book by nearly six years. Granted, that “yes” occurred around Jan. 7, and the habit didn’t keep.

Once upon a time, after a first long bout of unemployment, I took a job I didn’t really want but absolutely needed to get. It quickly became all-consuming, and I worked harder than I ever had before. But I progressively felt less connected to anything I cared about and enjoyed outside of work. Worse, I was at a loss as to how to get back to myself.

Once upon a time, I had a wonderful wedding, and witnessed the birth of my two amazing children. Suddenly I was a dad; two little kids look at me and see “Daddy.” I remain confused how that works or is even possible.

Once upon a time, months after becoming a dad for the second time, I lost my only dad. Four years later, it continues to feel like yesterday and forever ago simultaneously. More importantly, though, I continue my attempts to understand that reality, my feelings of sadness, guilt, shame, and loss.

Once upon a time, I looked ahead to turning 50, and thought about my two grandmothers, the same age, born just six months apart, both not yet 50 when their grandchild Aaron was born.

Once upon a time, I sat at my computer to write something, unsure what it would be, but hoping the process might help me make sense of these (and other) flashpoints; wishing to reconcile the knowledge that these stories are mine even though I barely recognize the characters, including the protagonist, i.e., me.

2010 started with a happy bang, and as the years progressed, I got lucky in my personal life, creating a new family featuring new milestones every other year. But aside from the three most important people in my world, collectively the last 10 years have been utter shiite, with the past four really stinking-up the joint, and 2020 beating the already decomposing carcass of the previous year’s horse saying, “Hold my beer.”

I’m not a big fan of my 40s, so, rinse and repeat, let’s try again. A new life; the start of another lifetime. Hopefully 10 years from now, I will find this entire ramble quite amusing.

Until then, I just need to keep showing up. Or, actually, start.