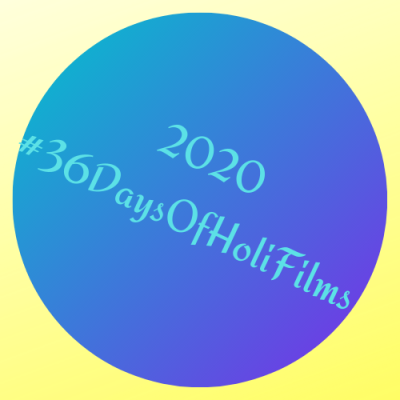 As I mentioned at the end of my New Year’s Day post, “I just need to keep showing up.” Though I have long hoped to make my writing my “work”—or a core element of it—at least in the near term, the work I want to write most likely offers little financial reward. Since my wife continues to bring home the bacon for our family, I’m often the one frying it up in a pan. Metaphorically.

Therefore, when I attempt to prioritize my day, especially when much or most of the time revolves around watching the kids or driving them somewhere, as well as all the non-traveling elements involved (i.e., spending an inordinate amount of time searching for parking), the “must” dos and “want to” dos partake in a Battle Royale, usually dominated by whatever tasks gravitate easiest to that horrible word “should.”

When I worry that a task will take more time than I have available, I find it challenging to start a task, especially creative ones, that the time-of-day and other scheduled activities will force me to stop. Instead., too often I put off the the time-consuming task, even if it’s something I enjoy and want to do; or, I keep going and run late for whatever’s next (often picking-up the kids) or allow something else to fall off the to do list.

But if I want to move beyond my current stasis (at worst) or inertia (at best), I must alter this pattern.

As I wrote in yesterday’s #36DaysOfHoliFilms intro, that personal project was part of adjusting my daily priorities. The lack of accountability to an external entity other than myself always creates my largest hurdle. When I participated in the 1999 Boston-NY AIDSRide and the 2009 Westchester Triathlon, I never would have made it to and through the events without their connection to fundraisers. With dozens of supporters donating thousands of dollars in my name, I could never have endured the shame of backing out.

Of course, undertaking both events within that framing was my method of forcing myself not to flake. I hate disappointing other people, but I’m an expert disappointing myself day-to-day. The only way I avoid doing so usually involves some kind of challenging, often time-consuming lifehack. So if there are just too many household or kids-related tasks, or if I feel like I’m not spending enough time seeking new sources of income, the guilt around writing becomes too great. How can I “indulge” myself in that way?

I know balance is possible, and yet I tend to focus on more self-destructive and -defeating thoughts, such as calling a concerted effort toward accomplishing positive goals with long-term benefits akin to an indulgence. Somehow, I am confident that I can achieve such balance if only I can train my brain to find it and—most importantly—stay consistent with my routines. I decided the best way to do that is to, “Pay myself first.”

I don’t remember from whom I first heard that phrase, nor is the idea underneath it new to me. If I resent most of the minutes of my day because of my anger at the limited time I have to focus on achieving my stated goals, performing the tasks I want, and taking noticeable strides forward, then not only do I remain miserable but—as screenwriter, podcaster, and co-creator/executive producer of Showtime’s Billions repeats regularly—I will become “toxic” to myself and everyone around me.

Actually, though I avoid using the word “should” as much as possible, I should have written “I became toxic....”

I provide this preamble as support for the following statement: When “tomorrow” becomes “today,” and another several hundred hopefully interesting and meaningful words appear here, something is going right, even if imperfectly!

I’m not not busy. Managing remote learning for two young children—even once I began regularly dropping them at daily pods—proved exhausting and played a major role in my chronic decision paralysis. Creating extended windows of time and any degree of flow felt unachievable. So throughout 2020, with few (if any) hours during each day solely to myself and no ability to escape to my regular cafes, cowering spaces, and other “work” locales, completing anything beyond the most menial tasks felt undoable, and fomenting the creative energy to write anything—especially while knowing that the chances were better than not that I would get interrupted and derailed—became impossible.

Though the pandemic affected everything, beginning in the Before Times and continuing unchanged through the remainder of 2020. I wanted to accomplish two things:

First, since early 2016, I have watched an inordinate amount of time fly while not-working on a screenplay. To be fair, I also have spent countless hours developing, reimagining, and building the most well-structured outline I have ever created, and eventually I even embarked on drafting scenes. I worked on the outline and other character- and plot-development elements in spurts, intermittently throughout the year. As usual, though, consistency and flow eluded me more than not.

Second, I wanted to reanimate (and eventually relaunch) this site as both a repository for a variety of my work and a place to exercise my linguistic muscle. However, I have flip-flopped a great deal on whether devoting time to this site serves me well. On the one hand, if I want to focus on screenwriting, is a parallel but unconnected project nothing more than a potentially derailing distraction? Until I develop a workable routine during which I finish not just single drafts, but also rewrites and reaching the point when I feel comfortable saying to myself, “Well, that’s done. Time for something new,” perhaps my attention should remain more myopic? Especially since that distraction dynamic resembles my frequent M.O.

I know writers of all persuasions who believe “writing begets writing,” and even in my start-and-stop experience, I have witnessed the same. In my case, the hurdles often boil down to balance, focus, discipline, courage, and decisiveness. On an almost daily basis, I hear, read, see, or imagine something that prompts, “I should write about that.” Over the past four years in particular, I compiled a list of ideas for dozens of politically-themed missives. Even now, while the relevancies of the vast majority have passed their expiration dates, a select group remain timely or evergreen, a fact also applicable to a whole slew of other thoughts (read: rants) I have on many other subjects. Almost every day, another idea pops to mind, and yet any output remains constipated as I never experience similar decision paralysis relating to which specific topic excites me enough at any given moment. .

In a way, #36DaysOfHoliFilms felt almost like a calling: Something I had to do in order to reach my second goal, which would in turn eventually assist in also achieving the first. It provided me with a multi-step project, undertaken by my own volition, with no external expectations nor accountability, and at least this time, I refused to scrap it. I never even explained my process or what I was doing, actions I often feel compelled to take, but since I put-off doing so, they simply get in the way of my starting at all.

As I wrote on New Year’s Day, I’m already three-plus months into my 50th trip around the sun, In an earlier lifetime, way back in 2009, I worked through Julia Cameron’s _The Artist’s Way_, finally incorporating “Morning Pages”/journaling into my daily routine. I would need a refresher to describe all elements of Cameron’s program for “creative recovery,” but I will never forget one short, two-paragraph section that fused with my consciousness, even if it has yet to consistently compel results.

The first paragraph provides the kind of common advice one might receive from any creative professional:

Earlier, I included “courage” among my hurdles, and that passage explains why. As a periodically procrastinating perfectionist, wasting time sits among the top of greatest fears list. If I intend to expend effort, focus, creative, and emotional energy, I need to know that a positive and/or useful result awaits on the other side of the finish line.

I recognize that approach’s flaw. I always have, but it became even clearer once I began repeatedly explaining to my kids why things don’t always go as expected or as we’d prefer. For instance, a few weeks ago, my wife ordered some new shoes for our daughter. The shipping info estimated that they would arrive by Thursday, and when it didn’t, she cried, “But you said it would be here by today.”

Naturally, I had to explain that we can only utilize the information we receive, and we can’t control all things. For whatever reason, the package was delayed, but it would most likely arrive tomorrow or the next day.

That situation at least features a generally dependable and definitive outcome, right? Even if the shoes don’t arrive on time, they will, most likely, get here sooner or later, and if they don’t, the company will send us another pair. Creative endeavors, though, come with no guarantees nor promises. Even the most successful professionals in their fields that seem like “sure things” never are, and before an artist achieves any kind of expert stature, that person’s work will continue to exist as an unsure thing.

Which brings me to Cameron’s next paragraph: As my initial experiences with _The Artist’s Way_ occurred many years ago, the gaping hole in my I-hate-and-am-terrified-of-wasting-time argument proffered here towers prominently over my insecurities:

When I make this point in teaching, I am met by instant, defensive hostility: “But do you know how old I will be by the time I learn to really play the piano/act/paint/write a decent play?” Yes . . . the same age you will be if you don’t. So let’s start.

So that’s what I’m doing now, and though I’m not counting any chickens less than a week into the New Year that features my renewed dedication, I believe I can say: So far, so good.