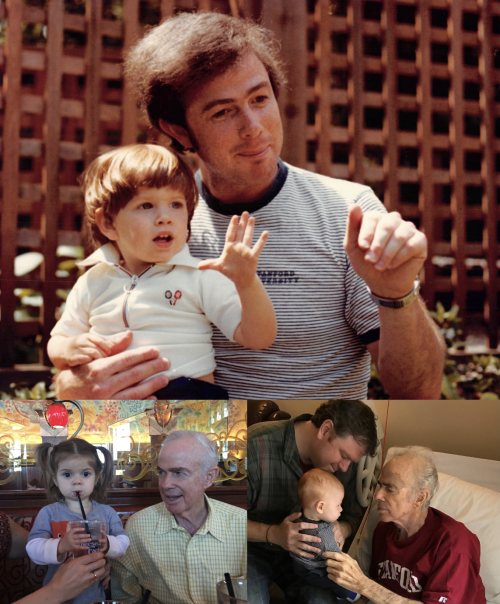 Four years ago today, in the wee hours of the morning, my dad died. Considering how little time I’ve spent in this tiny speck the Interwebs, the fact that I've actually mentioned his passing once is notable. It was nearly 17 months ago, on what would have been his 76th birthday, and before I clicked “Publish” on that post (just a couple entries back), I wrote several thousand other words that ultimately I decided did not fit that moment, for me, on his birthday, at that time. So, I saved them in the digital bowels of my computer.

And now, I’ve done it again: Thousands of more words about him, his life through my eyes, my life in relation to his, and of course, the peaks and valleys of our never-estranged but always complicated relationship.

None of those words exist in this post, but for some reason, this year more than any before—including when he died in 2016—commemorating my dad today, on the anniversary of his death, became imperative. For years now, if I missed a self-imposed deadline to post on this silent website, I would move on. My “Drafts” folder is enormous, and included therein are those thousands of words about Stephen Dobbs.

So on this fourth anniversary of his death, and with the full intent of publishing many (if not all) of those other still-not-ready-for-prime-time thoughts, I decided to memorialize him in the most straightforward way I could while still utilizing my own words.

When my family needed to submit an obituary to the Bay Area publications most central to his life—specifically the San Francisco Chronicle, Marin Independent Journal, and the J Weekly—I volunteered to give it a first pass. After some edits by my stepmother and one of my brothers, the final published version was not so different.

However, what I wrote initially, I wrote for myself and my dad almost more than for anyone else. I wrote it in a manner and containing elements that I believed he would have appreciated; little personal touches that likely possessed more meaning for me than others. My draft needed trimming for length, and therefore, many of those bits of color fell to the cutting room floor.

I’m not sure why I didn’t post my version here in 2016 when I wrote it. In fact, I never considered doing so until this morning when I realized that I would not finish the piece I was writing about him today.

One final note: My dad was a control freak, so of course, he had prepared his own obituary years earlier. It served as useful background for listing the various organizations with which he was involved. He also selected the photo he wanted to use, which offers an unfortunate, but accurate, example of his fashion sense and (I suppose) expresses the reality of his vanity since—as that tie illustrates—this is a photo from the last century. Nevertheless, it fits.

Therefore, with that preamble behind us and several minimal edits since I first wrote it two days after he died, I offer my Final Cut: The (mostly) unabridged version of the obituary of Stephen Mark Dobbs.