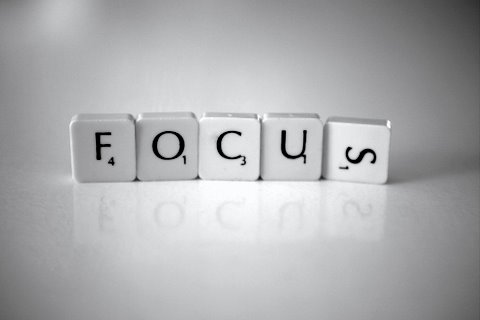 Four weeks and more than 20 hours? That seems like a lot, right? I wish I could claim that I was meticulously crafting each sentence, utilizing my thesaurus to choose perfect words—mesmerizing you, kind reader, with my prose.

That would be an inaccurate claim.

These days, I care how people respond to what I write. During my younger years, I spent an inordinate amount of time not caring; just typing, barely editing beyond a spellcheck to get my rant into the world. (Of course, I always cared, but telling myself I didn’t was a wonderful cover for my insecurities.)

Now, I seem to have swung to the opposite pole. When I sit with an idea and find my flow, I try returning to that non-caring place. Whether I accomplish this goal or not—and regardless of where I started—part of my brain inevitably directs my fingers to stray ever so slightly, but enough to explore in detail something that for now should remain a simple signpost along the path to my ultimate destination.

Without fail, that tangent transforms from a single sentence into 10 paragraphs that require literary breadcrumbs to return to my unintentional fork in the road. Besides, this new thread can be its own thing. Meanwhile, if I've lost my own thread, where have I left you?

To those who know me beyond words on a screen, I realize your likely response to the above is, “Duh!” And yet, my difficulty curbing this practice continues to surprise me, which it shouldn't since my wife’s phone still describes me as “Superhero Tangent Man," 10 years after we met. (Avoiding tangents #1: A story related to our first date.)

All those weeks ago, this post started as yet another declaration of goals and plans for not just the new year, but also the new decade. (Avoiding tangents #2: Refraining from the rabbit hole regarding the start of the new decade versus the end of the old one.) The conclusion of the Te(e)ns caught me off-guard. I awoke one random December morning, and my simple awareness of Christmas's imminent arrival turns sobering as I noticed an endless stream of “Best of the Decade” headlines and reflections.

So  on Jan. 1, I started typing, and I bemoaned the Te(e)ns as my “lost decade,” reflecting upon my career inertia, its original trajectory having plummeted into stasis. "Writing every day," and, "Don't break the chain," led to imposing timeblocks to write. I must show-up for xx minutes each day, but I also must not burnout nor procrastinate from the rest of my daily responsibilities by not stopping when my time has expired. So, I stop, intending to return "tomorrow."

However, my return took days, and when I returned to the keyboard, that “lost” feeling remained, but it grew to become A Tale of Two Cities-Dickensian. My best and worst of times further developed into a few thousand words concerning 2016, a year many of us consider tragic due to the presidential election. However, that momentous event was no better than the third most tragic event in my life that year, one full of good, bad, and ugly. (Avoiding tangents #3: Two deaths in the family, just months apart, sandwiching the birth of my son.)

Every time I return to “edit,” rather than arriving at a coherent final destination—currently defined as "something I make available for public consumption"—I instead resume typing and create something new.

“Public consumption”: Those words appear to hold the key to my current attempts to push Good's defeat of Perfect . As I click “Publish,” I don’t believe much “public” exists to consume anything on this site. And yet, apparently in contrast to my previous extended period of “not caring,” over the past decade, I have developed some kind of compositional Yips.

So I have drafts of several posts nearly at the ready. One might think I would have an easier time turning this space into an active—vibrant even—word depot. And yet....

I have many plans for this blog, including reconstructing it into a more visually pleasing,  organized, and comprehensive home for my work: new and old, good and bad, whatever it may be. I have a list of ideas that could provide daily content for the next couple months without ever having to contrive anything new.

Even this post, beginning with a reference to math, initially contained more math as I dove into my long-held but newly-titled “Theory of Ageitivity”™️, a concept that aims directly at the heart of how four weeks feels like four days, at least to 48-year-old me. (Avoiding tangents #4: A subject for tomorrow?)

A major goal of mine for 2020—as well as the 2020s (and 2030s and however many 10s I have left)—is to create more balance between those extremist poles of caring-too-much and pretending-not-to-care-at-all. I think refraining from superlatives might be a good first step. (Avoiding tangents #5: You get the idea ....)

So one day at a time, with more openness than before, whether I scream into the void or attract a crowd, I intend for this to become a place where I bring my ideas into a bit more focus, even when that seems oxymoronic: More diary, more parenthood, more film, more television, more politics, maybe even more sports (Super Bowl LIV: GO NINERS!). But most of all, something more than nothing.

I hope I can make you—whomever and wherever you are—curious enough to join me.