An Appreciation for Susan Smith 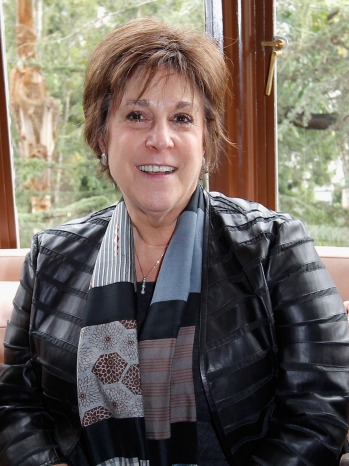 "Aaron," yelled my boss. This was not unusual. Her dark, wood-paneled, windowless office was about 20 feet down the hall from my little nook that looked out onto San Vicente Blvd.

"Come here, please." Also, not unusual. But once I got there, pad in hand: "Get your dad on the phone for me."

"Excuse me?" fumbled out of my mouth.

"I want you to get your dad on the phone for me now," she answered.

"Uhm … why?" Granted, I was only 23 years old, and I had never held a job as someone's assistant before, but I was still pretty sure such a request was at least a little unorthodox.

"I want to tell him something. Just get him for me," she said before taking a sip from the warm Diet Coke that had likely been sitting next to the large bottle of Advil for several hours.

I turned and walked back to my desk, passing Susan's other assistant who asked, "What did she want?"

As I sat and dialed, I uttered in disbelief, "She wants to talk to my dad."

Unfortunately, my father answered the phone, I explained to him that my boss wanted to speak with him for reasons unknown, and then I let Susan know he was on the line.

"Mr. Dobbs?" (Susan was nothing if not mannered with strangers.)

"Yes. Call me Stephen," I heard my father say as I gripped the phone tightly, covering the mouthpiece while I listened.

"Well, Stephen," she said, "I'm Susan Smith, and you know, your son Aaron has worked for me for the past year, and I just want you to know that I think he's extraordinary. He's so smart, and I just know he's going to be very important in this industry one day."

Susan Smith passed away on Saturday. As anyone who worked for her can tell you, she was not always the easiest person to answer to, but as dozens of Tweets and comments on this Deadline story show, lots of people admire and love her.

I had a complicated relationship with her precisely because of such conflicting feelings. I learned a lot from her and other times she drove me nuts. She went through assistants rapidly. During my 26-plus months as her senior assistant, I had nine junior assistants come and go. Their tenures spanned from six months to six hours, figures that are neither hyperbole nor poetic license. (The first person to work in Susan's office with me, was Julie Plec, who left for and continued to go on to much bigger and better things, becoming a very successful television writer and showrunner.)

Susan believed in and supported me probably more than any other person in my career, and certainly more than any other boss. Her faith in me, even when unhappy with something I may have done (key word: "may") always seemed to remain unblemished and unconditional. She knew I never had the desire to be an agent, and she repeatedly wrote glowing recommendations for me as I searched for new jobs in production or development.