« Is the "Third Golden Age of Television" the new '90s Indie Film phenomenon? Let's talk to some cable execs and find out! | Main | The oldest of them all: The history (and rivalry) between Showtime & HBO (thoughts spurred by a conversation with Showtime) » 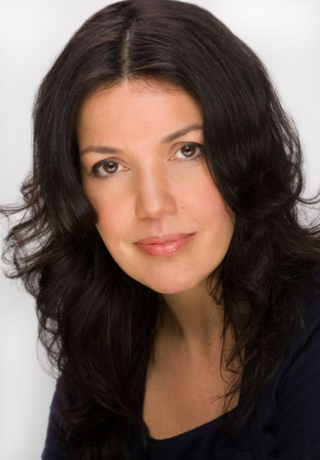 In the second of my interviews with cable network programming heads for Indiewire, I spoke with President and General Manager of Sundance Channel, Sarah Barnett. Sundance Channel made noise earlier this year with the premiere of Jane Campion's limited series Top of the Lake and the six-episode first season of Rectify. Both received a great deal of critical love, and while to date Sundance has not been in the practice of releasing its ratings (something that will change as of Sept. 30 when they transition to a more traditional ad-supported model), Rectify obviously accomplished the necessary goals as it will be returning for a 10-episode second season next year.

I was most interested in Barnett's thoughts about Sundance Channel's identity, especially in relation to its name since it no longer has any direct relationship to Robert Redford, the Sundance Film Festival nor the Sundance Film Institute. The discussion also got me thinking about the larger cable landscape and the overall idea of niche programming. In the 1990s as the cable universe began expanding, almost every new channel served a very distinct purpose and targeted very specific demos. Certainly, many cable channels continue to do so. The various Scripps Networks (Food Network, DIY, HGTV) and several of the Discovery channels (Animal Planet, Discovery Fit & Health, Military Channel) are probably the best examples, but MTV is far from the only network that seems to have strayed for from its original, narrower mission.

Examining a few of the names of a number of channels across the cable landscape provides the simplest example at how many have rebranded in an attempt to distance themselves from their original niche programming.

And of course, there's IFC, which began its life as The Independent Film Channel. When it launched in 1994, independent film – unedited and uncut – was what they broadcast. By 1994, the indie film explosion was reaching its peak. The Sundance Film Festival and many of the films and filmmakers premiering there had received mainstream attention, especially among college-aged audiences: Steven Soderbergh's Sex, Lies, and Videotape in 1989; Reginald Hudlin's House Party, Whit Stillman's Metropolitan and Norman René's Longtime Companion in 1990;  Richard Linklater's Slacker and Todd Haynes's Poison in 1991; and arguably the breakout year of 1992 which featured Allison Anders's Gas, Food Lodging, Tom DiCillo's Johnny Suede (starring a now-famous from Thelma & Louise Brad Pitt), Neal Jimenez & Michael Sternberg's The Waterdance, and most notably, Quentin Tarantino's Reservoir Dogs.

Movie channels weren't showing these films, so a cable channel made sense, and Rainbow Media tried to partner with Robert Redford and his Sundance brand to create the Independent Film Channel. That deal didn't happen, but Rainbow launched the channel on its own in 1994. Two years later, Redford partnered with Showtime Networks, and the Sundance Film Channel was born. At the time, both films seemed to struggle to create their own identity, but as the years passed and independent film became more coopted by larger corporate subsidiaries, IFC and Sundance began to show some differences. IFC seemed to become more genre oriented, focusing on more alternative but still popular trends, especially in terms of comedy, thriller and horror. Sundance, meanwhile, seemed a little more artsy and politically focused, also featuring more documentaries.

Distinguishing the two channels became even more important in 2008 when suddenly the two competing networks found themselves under the same corporate umbrella. Rainbow Media – which still owned the now rebranded IFC as well as AMC, Fuse, WE, the MSG sports channels and the Voom collection of HD channels – bought Sundance Channel from Showtime and Redford. In the ensuing years, corporate structures have changed – Rainbow Media no longer exists (neither does Voom) after the 2011 spin-off of AMC Networks – but IFC and Sundance Channels remain corporate siblings (step-siblings? Or half-siblings?), and I doubt anyone would confuse their programming missions. Both channels continue to air a large number of independent films, but each have also taken those initial distinctions in their programming focused that seemed to naturally evolve and expand them greatly. Sure, neither looks to attract the broad general audience of the broadcast network, and they each have primary demos they target, but as Barnett alludes to in my interview with her today, Sundance Channel (at least) is looking to swim in the same pool as HBO, AMC, FX and BBC America.

IFC's series during the first half of the last decade still maintained a very film-focused sensibility – such as the unscripted Film School, and game show Ultimate Film Fanatic along with scripted shows The Business and The Festival; but over the last five-to-10 years, they've made a shift, with original shows like The Kids in the Hall-wannabe sketch show The Whitest Kids U' Know and the David Cross vehicle The Increasingly Poor Decisions of Todd Margaret. Now they seem to have targeted the alt- comedy audience more than ever with shows like Portlandia, Comedy Bang! Bang! and Maron. They also continue to rely heavily on genre-oriented and "classic" indie films.

Sundance Channel meanwhile also continues to broaden its appeal while building off that similar foundation of a more serious and dramatic scripted sensibility combined with unscripted programming with a political bent or, as Bennett also refers to it our chat, an "idealism" that complements the brand of its namesake. In the case of all these cable channels, though, as they attempt to continue to experience some degree of growth and development (necessities for any successful endeavor within the survival-of-the-fittest framework of modern television) , it seems to me that even as they all maintain some sort of focus on a narrower demographic than the major broadcasters, they all realize the requirement of expanding beyond their initial niche programming focus.