"Casting By": An underappreciated job and the woman who changed it and Hollywood 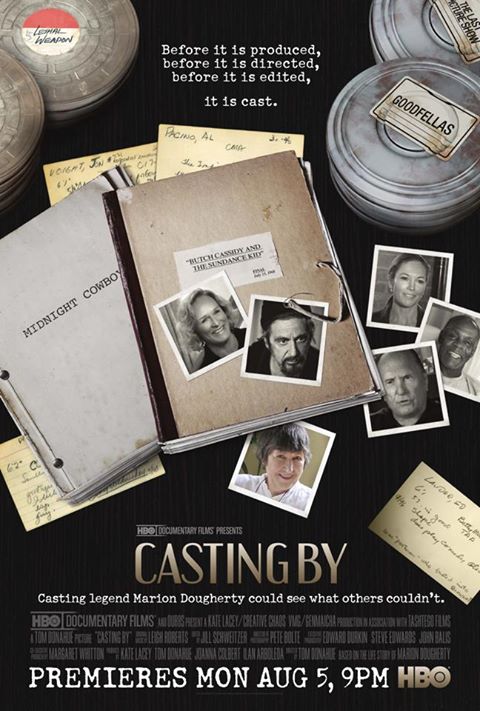 Last week, the Academy of Motion Picture Arts & Sciences made history when it elected Cheryl Boone Isaacs as its new president, making her the third woman and first African-American to lead the organization. But another monumental shift also occurred last week that may not have seemed so important to casual observers: After decades of requesting representation and recognition, casting directors will finally have their own branch, just as cinematographers, production designers and costume designers do; just as hair & makeup artists do and musicians do. Just as public relations executives do. And it's about time.

In seemingly cosmic synchronicity, Tom Donahue's fantastic documentary Casting By premieres tonight on HBO at 9 pm. (It will then, of course, be available whenever you want via HBO Go.) The film focuses on the development of the role of the casting director in film and television from what was once a simple administrative department during the studio era to the important creative position it is today as the key collaborator ensuring that the best possible – and often unknown – talent fills every role. Donahue shows this evolution primarily through the story of Marion Dougherty, the woman most responsible for the progression of this role.

One of my first jobs after college was at a boutique talent and literary agency in Beverly Hills called Susan Smith & Associates, where I spent over two years as the senior assistant to the agency's eponymous owner. During that prehistoric era of the mid-1990s, I spent a great deal of time reading Breakdowns (i.e., character lists and descriptions for upcoming films and TV series), collecting physical headshots and resumes, typing submission letters and packaging everything together into envelopes to messenger or overnight to casting directors in L.A. and New York.

During this period, Dougherty was the head of casting for Warner Bros., and I talked to her office on a regular basis. My boss Susan had opened her agency in New York in the 1970s and remained fiercely independent her entire career, even as the era of the mega-agency exploded in the 1980s with CAA, ICM and William Morris. She always had a great eye for talent, and she was responsible for launching the careers of many extraordinary actors and actresses. She had great relationships with many casting directors, but Dougherty had also become one of her closest friends.

I first encountered the project at IFP's Independent Film Week in 2008. Naturally, I was curious to see Donahue's presentation, and ever since had eagerly awaited the final film, which I finally saw last October at the New York Film Festival. Somehow, even with my daily interaction with Dougherty's office as well as the offices of all her protégés – who by the mid-'90s were among the top casting directors in the industry – I actually had no idea of the important and influential role Dougherty had played. Not only did she fight for casting directors to receive the same level of credit and recognition to other below-the-line talent, but without Dougherty's eye, several of the most brilliant actors of the latter-half of the last century may never have received their big breaks. Can you imagine Midnight Cowboy without Jon Voight or Dustin Hoffman? If not for Dougherty, we may have had to.

Casting By finally gives casting directors their due. Actors regularly discuss the pleasures of working with their colleagues on individual projects, and audiences witness the mutual respect and chemistry on screen. But with the exception of a few (extremely notable) directors, casting directors are rarely acknowledged in such conversations.

Woody Allen's casts regularly discuss how hands-off he is during shooting; passing along brief notes and instructions on-set, but for the most part trusting that he's chosen the right people for their roles. That's because as far back as 1975's Love and Death, he has trusted Juliet Taylor with casting his films. Taylor got her start under Dougherty, and her collaboration with Allen began while she was a part of Marion Dougherty Associates.

Martin Scorsese has depended on Ellen Lewis for every film since GoodFellas. Lewis got her start working for Taylor as a casting assistant on Birdy and The Purple Rose of Cairo, and Taylor herself actually cast Taxi Driver.

Donahue had Dougherty's participation up until her passing in 2011, and he expertly tells her story along with that of her west coast compatriot Lynn Stalmaster. He also pays special attention to the reluctance of AMPAS to recognize casting directors with their own branch or, god forbid, Academy Award, even as the role has become ever more crucial to the success of the greater Hollywood sausage-making factory over the past 40+ years.

Casting By does more than just provide the facts that prove Dougherty's remarkable talent and determination. It explains her legacy through the love and admiration expressed by each interviewee, including the many who worked for and with her or owe her their careers. The deep feelings of the film's participants (including my former boss, who appears in the film) are palpable.

And that is precisely how Donahue avoids the fatal flaw of too many talking-head documentaries: An excess of factual information without a successful progressive narrative structure and/or emotional hook, relegating too many films to educational video purgatory. Luckily, for Dougherty, Stalmaster and all the hard-working casting directors who continue to work tirelessly to know the thousands of actors seeking their big breaks, Donahue has given them the film they deserve.