« A Civil War Christmas: A fascinating, serious and fun pageant for the ages | Main | Chaplin: The Musical All Falls Down Right from the Start » 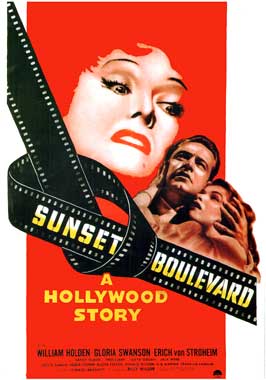 On Aug. 12, 2012, I got married. That alone marks 2012 as a fantastic, fabulous, phenomenal, momentous year in The Life of Aaron. But otherwise, 2012 disappointed the hell out of me. It certainly was not as bad as 2009, and in certain ways, it improved upon both 2010 and 2011. Still, as I revisited and reflected upon some of the goals – realistic or otherwise – I had set for myself 366-plus days ago, I saw too many instances of not just incomplete ambitions, but also many I had not even started.

One major disappointment had nothing to do with any of my 2012 goals, but rather the shock and surprise resulting from the discovery that I had seen fewer movies in 2012 – and a relatively low number of 2012 releases in a year that saw over 800 of them – than I had during any year this century, and most likely, the final decade of the last one.

I watched friends, former colleagues and the critical world at large release their top 10 lists and realized two things: One, I had simply not seen enough 2012 releases to truly identify 10 films that I thought represented the best of the year. Sure, nobody sees everything and no list is comprehensive, but my sample size (still only at about 60, and I’ve watched roughly 25% of that number in just the past two weeks) still feels pitiful, especially since so many of titles making the top 50 of various media outlets’ critics polls remain unseen.

Second, and maybe more importantly, I have yet to see a 2012 release that made me want to exclaim, “That could be the best film of the year!” I don’t mean to imply that I didn’t see lots of 2012 movies that I really liked. One of my major annual annoyances involves those hyperbolic critics making the argument that we just witnessed a horrible year for film, worse than any other, especially the previous year when other critics (or maybe even themselves) made the same argument. These folks will state that they can’t even find 10 movies to list among the dreck, which is always absurd, but never more so than in a world with so many hundreds of new works to explore.

(I remember about 20 years ago, while I was still at the UCLA Daily Bruin, Kenneth Turan was so disappointed in the year’s films, he refused to name a top 10 and went only with nine. How clevezzzzzzzzzzzz ….)

Until about two years ago, I had developed a new practice that I had turned into a tradition: I would not allow myself to see any film in the new year (new or old; in the theater or on TV; movies only; series television did not count) until I had again watched my favorite film of the previous year. So, after considering the first (and in my opinion, still the best) of Christopher Nolan’s now-completed trilogy the best of 2005, shortly after midnight 2006, I popped in the DVD of Batman Begins. It took mr until Jan. 3, 2007 to revisit Pan’s Labyrinth at the AMC Empire 25, and I avoided movies until then. On Jan. 1, 2008, I ventured to the AMC Loew’s Lincoln Square to start my year with There Will Be Blood. Jan. 1, 2009, you could find me at the Landmark Sunshine for my second (or it may have been third, by then) helping of Synecdoche, New York.

When Jan. 1, 2010 rolled around, I altered my practice slightly, deciding to start the new decade by watching my choice for best film from the previous one, and shortly after midnight, I popped in the DVD of Synecdoche, New York. And on Jan. 2, after avoiding watching any other films, I headed to the only place in NYC playing Where the Wild Things Are to start the year off well.

Since then, my tradition fell apart, and if I was a more superstitious person, I would suggest that not following my little rule has led to two years of insufficient, incomplete and therefore unsatisfying film viewing. I did not start 2011 by re-watching Toy Story 3 (damn straight!), nor did I begin 2012 with a second viewing of >Hugo.

And suddenly, I find myself here at the beginning of the 365 day journey we will forever call 2013, utterly unable to say with personal conviction that this or that film qualifies as the best of last year. So … what to do?

And suddenly it hit me: I was following the wrong rules. Why tether my new year to the one before? Maybe I should start my year with not a great film, but a greatest film? (Forgive the face-value grammar faux pas.) Maybe several greatest films? Maybe even, providing myself with an annual opportunity to revisit several of those movies that I frequently call my all-time favorites, and more authoritatively, the best films of all time makes sense. Why allow that choice to hold my compulsive disorder hostage, dammit!

And so today, I took care of things and can freely continue catching-up on those 2012 releases by popping in my recently purchased Blu-ray of Sunset Blvd., which has sat atop my all-time best list since the first time I watched it. That viewing wasn’t on any special day; just another night during the summer of 1989, as this theater geek became infected with the film virus while working at the Blockbuster Video that used to be on Geary Blvd. in San Francisco’s Richmond District.

So far, that makes me think 2013 is already looking up. Look at me … making good choices for a change! I wonder what will come next.Happy New Year everyone!