« Happy New Year! The “Evolving Traditions” Edition | Main | Jumping back into the pool: Writing is hard -- an "Uh-Huh" moment »

Chaplin: The Musical All Falls Down Right from the Start 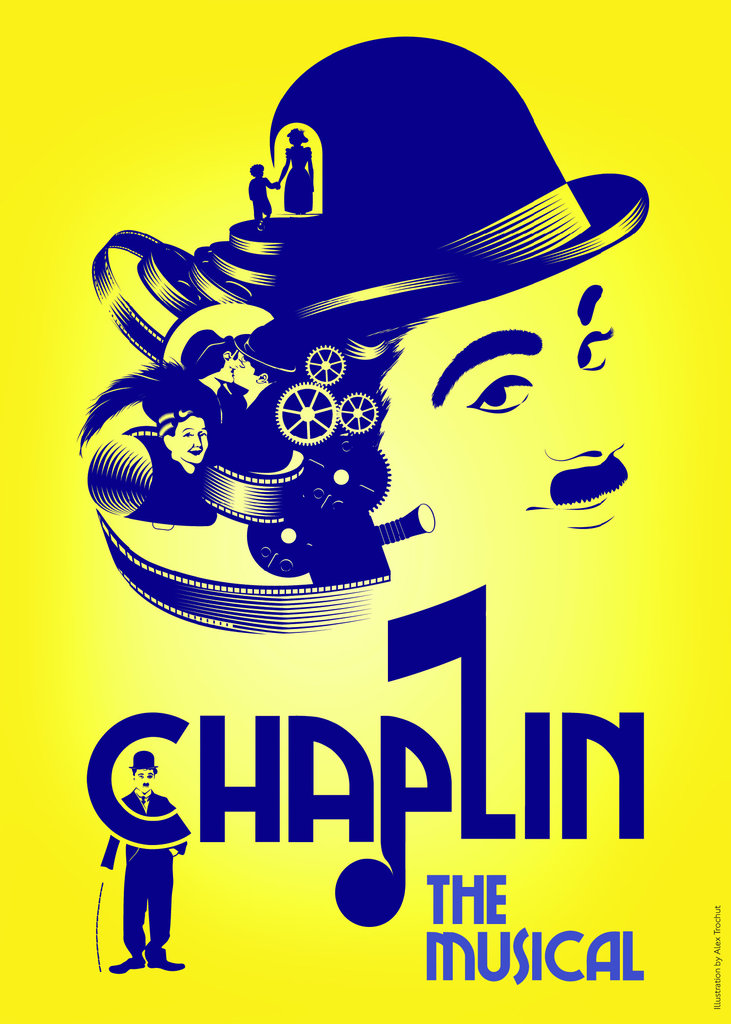 I will stipulate that compressing the life of one of the most important and influential artists of the 20th Century is no easy task. Satisfying all audiences is impossible. The creators of a big, meant-for-Broadway musical must omit fun, interesting and clever bits of story and information, and too, they must simplify and consolidate large swaths of time. Important events must be prioritized, and ultimately potentially upsetting choices will be made. To do all this, they must utilize creative license as they cut and even fictionalize small bits of the examined life. And yet with all those understood caveats, I can’t imagine a worse, more mundane effort than the musical take on the life of Charlie Chaplin, closing on Broadway this Sunday.

I’ve missed several shows this season that I’ve been dying to see. Most notably, I’m saddened that I won’t have the chance to see what I understand is an astounding production of Clifford Odets’s Golden Boy that will close days before I return from an out-of-this-hemisphere vacation. But when I heard Chaplin: The Musical had announced its closing last month, I made sure I didn’t miss it.

I love movies. I love theater. I love silent movies, and I’ve thoroughly enjoyed Chaplin’s films for years. I don’t consider myself an expert on Chaplin’s life and career, but I know enough to be baffled by many of the choices -- both inclusions and omissions -- made by librettist and composer Christopher Curtis who co-wrote the book with three-time Tony winner Thomas Meehan (The Producers, Hairspray and Annie). Meehan’s impressive credits can’t obscure the colossal storytelling mess that has inhabited the stage at the Ethel Barrymore Theater the past few months.

Broadway has long been home to weak shows featuring amazing talent, and Chaplin’s primary (and sole) strength fits neatly into this scenario. Rob McClure’s works hard to save this show with his central, titular performance. He captures the essence and spirit of Charlie Chaplin as thoroughly as Robert Downey Jr. did in Richard Attenborough’s 1992 biopic, but McClure has the added quality of looking remarkably like the man who was Hollywood’s biggest star and arguably one of the three or four most important filmmakers of the silent era.

Try as he might, and as impressive as his combined interpretation and mimicry often are, the rest of Chaplin provides a formulaic, inconsistent and often false storyline that shoots for the salacious at every turn. The show’s book lacks any subtext placing every bone in the plot’s skeleton front and center, with anvil-dropping obviousness, just in case the audience misses the point.

And on and on; scene-after-scene, fulfilling the necessary spines of each scene, moving the story forward, but with little wit because – since this is a big musical – we need production numbers and songs, even when they add little and grind the show to a halt.

I don’t think I’ve ever seen another musical that fails more spectacularly at what should be its highlights: The show-stopping, end-of-act numbers. Both Act I and Act II climaxes are big, incoherent snores. The first act ends with lots of Charlies on stage, at one point on roller skates, another performing a virtual chorus line bread roll dances. This stage montage of references to Chaplin films -- the former to his Mutual comedy, The Rink (1916); the latter from his second feature-length film, The Gold Rush -- elicit a few giggles, but their geneses are likely lost on most audiences unaware of the references. The number provides a representation of Chaplin’s increasing success, fame and notoriety through the years as his career continues to skyrocket, but if I hadn’t understood these and other references (and I possibly even missed a few), I doubt I would have realized the point, simply thinking, "Oh, look at that wackiness." Meanwhile, the number is also long and tedious without building to such an amazing crescendo even though it more than clearly presages the entire theme of Act II: What will Charlie do when it "all falls down."

So, obviously, the second act chooses to focus on what it hopes to present as Chaplin’s tragic fall, which must obviously include a degree of hubris-- presented as an almost megalomaniacal degree of self-importance and ego. He’s not helped by the extremely focused vendetta of Hedda Hopper, which the show wants to attribute solely to Chaplin’s snubbing the infamous gossip columnist by not granting her an interview. As with the rest of the show, any complexity to either his flaws and mistakes or Hopper’s conspiratorial determination to ruin him is absent. Everything is presented in too simplistic a manner, and while I suppose Jenna Colella’s turn as Hopper and her meant-to-bring-down-the-house number "All Falls Down" seems to have impressed much of the audience, I found her performance crossing the line into caricature and the song relatively pedestrian both musically and lyrically.

The show’s final big number, ostensibly occurring in Charlie’s mind while returning to the US after 20 years in exile to receive an honorary Oscar at the 1972 Academy Awards, failed to impress as well. Aside from remembering that most of the cast appears on stage – as ghosts in Charlie’s memory – I couldn’t tell you another thing about it. The final moment of McClure’s Chaplin transforming one last time into the Little Tramp, walking into a film screen and down a road away from the audience, living on perpetually through cinema is sweet and even a little touching, the drama immediately preceding it was as mishandled as the rest of the show.

It’s a shame that such an important figure in the history of entertainment is treated so in such lazy and shabby fashion by the descendant of the stage medium that gave Chaplin his start. But such seems to be the prevailing state of commercial Broadway theater these days. At least audiences who did experience Chaplin: The Musical had the pleasure of discovering McClure and his talents. If only the show’s creators had treated Charlie and his story with as much reverence and energy as its star.