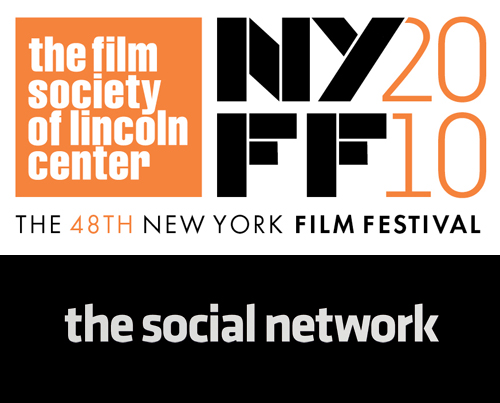 When I decided to return to this blog and make a serious effort to regularly and consistently post primarily reviews and commentary about film, television and theater, I also told myself I would approach this endeavor with a new writing process. Too often during the original Out of Focus days, quantity and speed took precedence over quality. Watching primarily from the sidelines over the past couple years, nothing has become more apparent than the predilection—particularly in film circles—that "first" has become more important than "good" to a whole lotta people.

I don't refer only to "first" with coverage of actual news or information, even though I am amused by much of the "Breaking News" arriving from any number of outlets a full 24 hours after it "broke." I'm even more troubled, though, when I get the "Breaking News" reviews, especially from the major trades. I'm not sure that a "Breaking News" alert came from The Hollywood Reporter for their review of Marmaduke, but it might as well have. And it certainly isn't just major trades or news outlets. For some reason, someone's opinion in the form of criticism has taken on the role of "the scoop"! That seems silly to me, but apparently, for many writers and sites, being the first to dislike something is as important as being the first to like it. When a film has 100% score on Rotten Tomatoes, apparently nothing is more important than being the first instigator of the backlash. Or, if there's some formal element or argument that nobody else seems to have noticed—valid or not—writers eagerly stake their claims. It also seems to me that almost universally in these cases, the discourse suffers, but not as much as the writing.

I'm not trying to change anyone else's purpose or methods, and obviously, sometimes rush deadlines exist and can't be helped; nor am I specifically calling-out other critics and writers, but I vowed to myself to use a different, slower, more contemplative process in an effort to improve myself and my own writing. I admire plenty of writers who certainly work faster with better results than do I. But for me, for now, at least in this space, I've chosen to generally make a different choice.

So with that longer-than-anticipated prologue in mind, this somewhat quickly dashed-off missive qualifies as an outlier. For one thing, I'm writing and posting on the same day. (One of my "new rules": Always sleep on a piece and edit with fresh eyes the next day.) Neither a full review nor adequate preview, I felt uncomfortable leaving the Walter Reade Theater today after one of the odder double-features in history without acknowledging that tonight marks the opening of the 48th New York Film Festival, and what a New York Film Festival it looks to be. Sadly, so far I haven't been able to attend as many press screenings as I had hoped, and I've missed several films that I truly looked forward to seeing, most notably, Olivier Assayas's Carlos, Hong Sang-soo's latest Oki's Movie and the special event selection Cameraman: The Life and Work of Jack Cardiff.

But what I have seen so far has, for the most part, been excellent. The "Masterworks" sidebar of Fernando de Fuentes' Mexican Revolution Trilogy (which plays at the Walter Reade on Sept. 29-30) is both entertaining and fascinating due not only to the three stories told, but also because of how the three films illustrate the speedy development of Mexican cinema in the 1930s over just four years, mimicking certain Hollywood trends.

I'm also a sucker for Martin Scorsese's essay films A Personal Journey with Martin Scorsese Through American Movies and (especially) Il Mio Viaggio in Italia, the latter being a wonderful survey focusing on the history Italian cinema, particularly the Neorealism movement. A Letter to Elia—a 60-minute paean to Elia Kazan—may be far shorter than either A Personal Journal or Il Mio Viaggio, but it's also quite possibly the most personal and emotional film Scorsese has ever made, and at least for me, both a wonderful educational experience and joy to watch. Seeing it back-to-back with Kazan's America, America (featured heavily in the documentary) on Monday should be an event well-worth attending.

I've also seen Apichatpong Weerasethakul's excellent Cannes winner Uncle Boonmee Who Can Recall His Past Lives (playing this weekend), and Abbas Kiarostami's stunning and brilliant Certified Copy (playing Oct. 1 and 3), a film I saw on Tuesday, can't stop thinking about and love more every day.

The only disappointment for me so far has been LENNONYC. "Lennon in America" would have been a better title for the resulting film, an unnecessarily-long, nearly-two-hour, meandering and unfocused documentary about John Lennon's post-Beatles years living with (and without) Yoko in the U.S. A great film hides underneath, because the pieces—archive footage, new interviews, fabulous stories—all are individually wonderful, but they come together into an unsatisfying whole.

And then we reach today, featuring NYFF's opening night selection of David Fincher's The Social Network—a/k/a "That Facebook Movie"—followed by the latest from Jean-Luc Godard, Film Socialisme. I'm nowhere near ready to say anything about the Godard, nor will I ever find myself vociferously arguing for or against it.

Fincher's film, on the other hand, definitely deserves many of the hosannas coming its way. I'm not actually sure what I had expected, nor had I read any reviews of the movie ahead of time; headlines and miscellaneous tweets comprised all the buzz to hit my ears (or eyes). If anything, my wariness of most-things-Aaron Sorkin gave me pause. (I have issues with how all his characters generally sound exactly alike.) But for me, the "Sorkinese" (as Fincher called it during one of the better post-screening press conferences I've attended) not only worked but generally disappeared, or at the very least, became overshadowed by the interpersonal dynamics between all these individual characters so well-played by this talented cast.

The Social Network both in its quality and relevance constitutes one of the better (if not the best?) NYFF opening night films in recent memory. I'll write more about The Social Network before its general release next week, but for now, congratulations to the Film Society of Lincoln Center, and here's wishing you a phenomenal opening night.