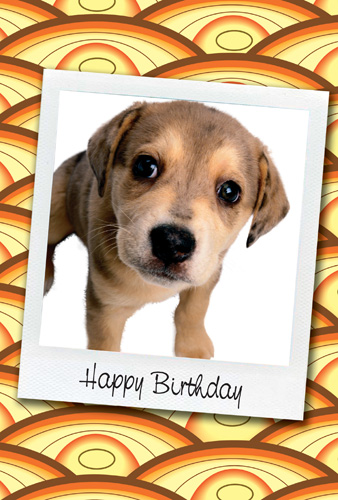 Over the past six-and-a-half years, I have filled this space with plenty of thoughts, rants and ramblings, and over those same six-and-a-half years, I have also allowed this corner of the interwebs to sit dormant for extended periods of time. However, I've remained (somewhat ironically) consistent with one feature: I have never missed a birthday post.

I say "ironically" because during these past six-and-a-half years, these posts have really been the only way I have celebrated my birthday. For the vast majority of my 30s, which too quickly near their end, I have not been a fan of birthdays; or at least, not a fan of mine. I love other people's birthdays, but I have not generally enjoyed celebrating my own. I'm sure some might find the psychoanalytical underpinnings for this little factoid quite fascinating, but I'm going to disappoint them and refrain from that discussion. Besides, it's my birthday, and I'll suppress my emotions if I want to.

Still, for whatever reason, regardless of how much attention I've paid to this space, I have written a birthday post every year without fail. I'm not completely sure why. The posts have remained pretty similar, mostly discussing the interesting people who and events that share my birthday. (This annual search for new people and events has prompted me to consider developing a documentary that focuses on individual dates … sort of. At the rate I'm going, you should see it on the festival circuit by the time I'm writing my 30th birthday post. Not the post for my 30th birthday mind you; that would require some backwards time travel. Then again, H.G. Wells was born on this date 144 years ago, so maybe a time machine is in my future? Wait … where was I?)

So with that in mind, I hereby recognize, and maybe even celebrate, my first Jack Benny birthday. (For those of you who have no idea who Jack Benny was, thank you for making me feel even older than I am especially since it's not like he was a contemporary entertainer for my generation.) I even like the idea of this being my first 39th birthday.

That's right; it was 39 years ago, at Children's Hospital in San Francisco that I entered this world. I'm convinced that my late-night birth is why I remain a night-owl, more productive after the clock strikes 11 p.m. than any time before.

Last year at this time, I looked forward to completing my first triathlon. Less than a week later, I would accomplish that task; but only one week after that, I found myself suddenly and unexpectedly unemployed. For the past 354 days, I've had a pretty tough year financially and career-wise, but (as I mentioned last week), I look at 5771, 2010 and the beginning of my 40th year as, hopefully, a new beginning.

As I embarked on this year's search for new notable Sept. 21 events and people, I quickly discovered that I had missed nearly 30 years of "World Peace Day" a/k/a "The International Day of Peace." Who knew that since 1981, my birthday was a United Nations-sanctioned day of peace? I may not always celebrate my birthday, but apparently there are any number of reasons that my birthday is a great day to celebrate.

Last night, my beloved San Francisco 49ers suffered a heartbreaking last-second loss after coming back to tie the Super Bowl champion New Orleans Saints. But, I was able to watch-it on Monday Night Football, no longer broadcast by its original ABC network home where it premiered 40 years ago, on Sept. 21, 1970.

A whole religion started on Sept. 21, 144 years before my birth, when in 1827 Joseph Smith claimed to have received a visit from the angel Moroni who gave him the gold plates that form the foundation of the Book of Mormon. Fifty years ago today, "Dr. Albert Starr, along with Dr. Dwight Harken, performed the first successful implantation of an artificial mitral valve." I'd like to think the latter event had a more profound impact on humanity, but I fear the opposite to be true.

Also new to my history-view this year: When I turned 10 on Sept. 21, 1981, Sandra Day O'Connor was approved by a 99-0 Senate vote (yeah, you read that correctly!) to become the first female Supreme Court justice. I remember my 10th birthday party. It was at my dad's in San Francisco, and after being nine for so long after the rest of my friends had already turned 10 and even 11, finally making it to double-digits seemed like the most important accomplishment of all time.

Finally, as always, I must offer my best wishes to all my birthday extended-siblings, leading as usual with the other two-thirds of my birthdate trinity: Luke Wilson and Alfonso Ribeiro also celebrate their first 39th birthdays today. I still don't know whom among us is the eldest triplet, but I was born at 2:56 a.m. on the west coast, so if either want to get back to me and claim their elder/younger status, here I am. I just hope I'm Marcia or Cindy, but I fear I'm likely in the middle, making me Jan. (As any Brady Bunch expert will remember, the episode dealing with middle-child syndrome focused more on Jan than Peter, hence the invoking of the sisters rather than the brothers. My madness does possess logic.)

I admire so many of the extremely talented, creative and artistic people who share my birthday. Hopefully, this day will bless me with just a little of what it gave to greats such as Leonard Cohen (76), Bill Murray (60), Ethan Coen (53) and Stephen King (63). I finally read King's "On Writing: A Memoir of the Craft" this year, which I consider a valuable gift to any aspiring writer. King was born in 1947, just one year after the death of sci-fi innovator and master H.G. Wells, who (if you weren't paying attention earlier) was born on Sept. 21, 1866. For those reincarnation conspiracy theorists, Wells dies and 13 months later King is born? Might there be a connection? (For the record, I am not a reincarnation conspiracist.)

This post is how I celebrate: I wish all my birthday buddies their own days of celebration. Thankfully, the one great thing that has happened to me in 2010 is my relationship with the most wonderful woman on earth, and since she won't let me not celebrate my birthday, I look forward to our lovely Central Park walk and dinner on the Upper West Side at one of my long-time favorite restaurants later this evening.

Last year at this time, I made a vow to myself that I would put myself in a better place, further along the path to my true long-term goals, so that when birthday 2011 roles around—it's a biggie!—I'll look forward and want to truly celebrate. A year later, I'm somehow both closer to and further from that goal. Still, I remain optimistic, and hopefully this blog will continue to chart some of this journey. As I think about it now, I actually look forward to celebrating my second Jack Benny birthday 365 days from now, even though I remain in no rush.

For better or worse, a year ago I never envisioned myself sitting where I do today; by the same token, I can only imagine where I'll be a year from now. The only thing about which I seem certain is that for some reason, I'll feel compelled to return to this space and create "The Eighth Annual Birthday Post."

Until then, back to our regular programming ….