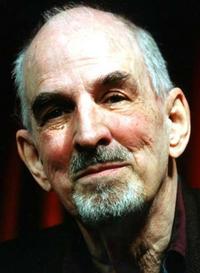 Waking up this morning to learn that Swedish master Ingmar Bergman had passed away was a bit of a shock. Why? He was 89 years old, and I'm sure lots of people didn't even realize he was still alive. But in fact, Bergman was not only alive, but still recently working: his Saraband played the New York Film Festival in 2004 and received a US release the year after. Bergman was the kind of iconic figure and name who people recognize even when they don't know why. Non-cinephiles likely have heard of Bergman even if they somehow think that the woman from Casablanca directed a seminal foreign film about death. Bergman's name is like Kleenex or Q-Tips ... brand names that are even more recognizable than the actual product itself; things that influenced followers and imitators -- both positively and probably negatively, through no fault of his own -- in ways that plenty of the audience may not realize or recognize.

Everybody who blogs and is even a casual film fanatic will likely be writing about Bergman today. Every major media outlet will certainly include something, and all of them will review his career, the myriad of films which can be considered classics and near perfect studies of the human condition. I'm not nearly enough of a Bergman expert -- even as a fan -- to adequately provide my own study/obit or repeat everything that can be found through the best summaries at places like GreenCine Daily. But I know that for myself, in addition to having even better reason to watch my Eclipse Series 1: Early Bergman set, it will be time for me to revisit my favorite Bergman-influence -- Woody Allen's Love and Death with its final Seventh Seal-influenced scene of Allen skipping off alongside the Grim Reaper. Poignant and silly at the same time, a tribute to an artist whose work will live on always at the forefront of the history of cinema.

For one of the few times in history, there is a bit of darkness in Sweden during this mid-summer.

UPDATE: Unsurprisingly, the great TCM has moved quickly to air a brief Bergman tribute, albeit at a time when most of us would need to DiVo it rather than watch "live." It's not reflected on their website yet, but apparently tomorrow night they will be showing an episode of The Dick Cavett Show with Bergman airing at 2:15 AM and 5:00 AM, and at 3:15 AM they're showing The Seventh Seal.