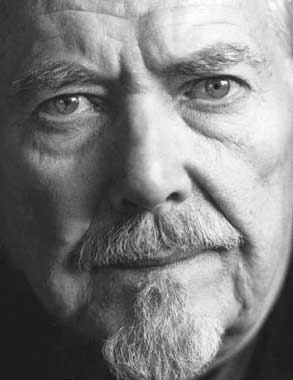 Wow. Robert Altman has died. The man was 81 years old, and yet I was quite shocked to read this news. Maybe it's because in the last several years, Altman continued to be a vibrant and relatively prolific filmmaker, never really showing his age.

Altman has always been a fascinating director to me. He's one of the few filmmakers to work in the last half-century who truly epitomized the idea of independent filmmaking and could honestly be called a maverick. I say this not because every film he made was a masterpiece -- far from it. In fact, in more recent years, I started to think of him as Alternating Altman. If I liked a film, I often thought his next one was terrible, but if the last one was awful, chances were good I'd love the following. His last three films may not perfectly prove this theory, but it comes close. I thought Gosford Park was fantastic, but The Company made me want to shoot everyone on screen. Prairie Home Companion, on the other hand, left me on the fence, but there were plenty of positive things I liked about it.

OK, so maybe he didn't alternate perfectly: I thought The Player rivaled Unforgiven as best films of 1992, and while Short Cuts never quite reaches Nashville status, it was still excellent. However, that was then followed by the utterly drab Pre-a-Porter and the relatively dull Kansas City.

Yet Altman's reputation stands alone simply based on his work from the '70s, a series of titles that arguably earns him the title of that decade's greatest filmmaker: MASH, Brewster McCloud, McCabe and Mrs. Miller, Images, The Long Goodbye, Thieves Like Us, Nashville, Buffalo Bill and the Indians, 3 Women, A Wedding -- 11 films in nine years that alone illustrate why cinephiles have such great nostalgia for '70s filmmaking. And as other greats from the '70s have stopped working or find themselves far less or significantly more popular, making their films on different scales but in primarily the same styles and genres, Altman continued to always do things his way -- for better or worse. He managed to film life: sometimes exciting, sometimes not. He managed to weave multiple stories and characters together in a manner that many others have tried, and most have failed -- including sometimes him. He managed to take simple situations and make them extraordinary and transform extraordinary situations into simple ones. And again, always on his own terms.

The Player, Short Cuts and Gosford Park aside, Altman's filmmaking certainly peaked over a quarter-century ago. But as those films (as well as his weaker more recent efforts) proved, he always pushed himself to find that certain twist -- to create that slightly askew perspective even on the most familiar topic. And he just kept working. No more new Robert Altman films: I suppose that's the shock. His passing at the age of 81 -- that's just sad.

UPDATE: I just received a press release mentioning that Altman died from "complications due to cancer." I was unaware of this, but maybe I just wasn't paying attention. Apparently, he's been battling the disease for the last year-and-a-half, making A Prairie Home Companion even after being diagnosed. Apparently, he was also in pre-production on his next film, which was scheduled to start shooting in February.

UPDATE-THE RETURN: Eugene Hernandez has a magnificent tribute to Altman up over at indieWIRE.

He was my dad's next door neighbor for many years and during that time, I had the pleasure of talking ith him on multiple occasions. He was always totally genuine and, aside from not producing my screenplay (which I left in his mailbox in the middle of the night! he did send me a positive note about it, though...), just a really nice man with a great passion for what he did.

Aaron, I completely agree with you on Gosford. You have no idea how many fights I've gotten into with people over that film. I left the theatre seething with rage at how terrible it was.

... In fact, it happened again. Just now at work- someone hated Praire Home, and loved GP- and I nearly threw my coffee at her.

Uhm, I liked Gosford, hence the line, "I thought Gosfard Park was fantastic." But I will now remember not to stand near you when drinking coffee.